In February, I read Einstein by Walter Isaacson and had my world absolutely rocked as I learned about Special and General Relativity. No concept of absolute time? Space and time are linked? Clocks slow down in motion? Gravity is just curved space-time? I saw the world in a whole new way.

That experience was the first time I could remember having a "viewquake." In the words of Robin Hanson who coined the term, a viewquake is an "insight that dramatically changes one's worldview, making one see the world in a new way." 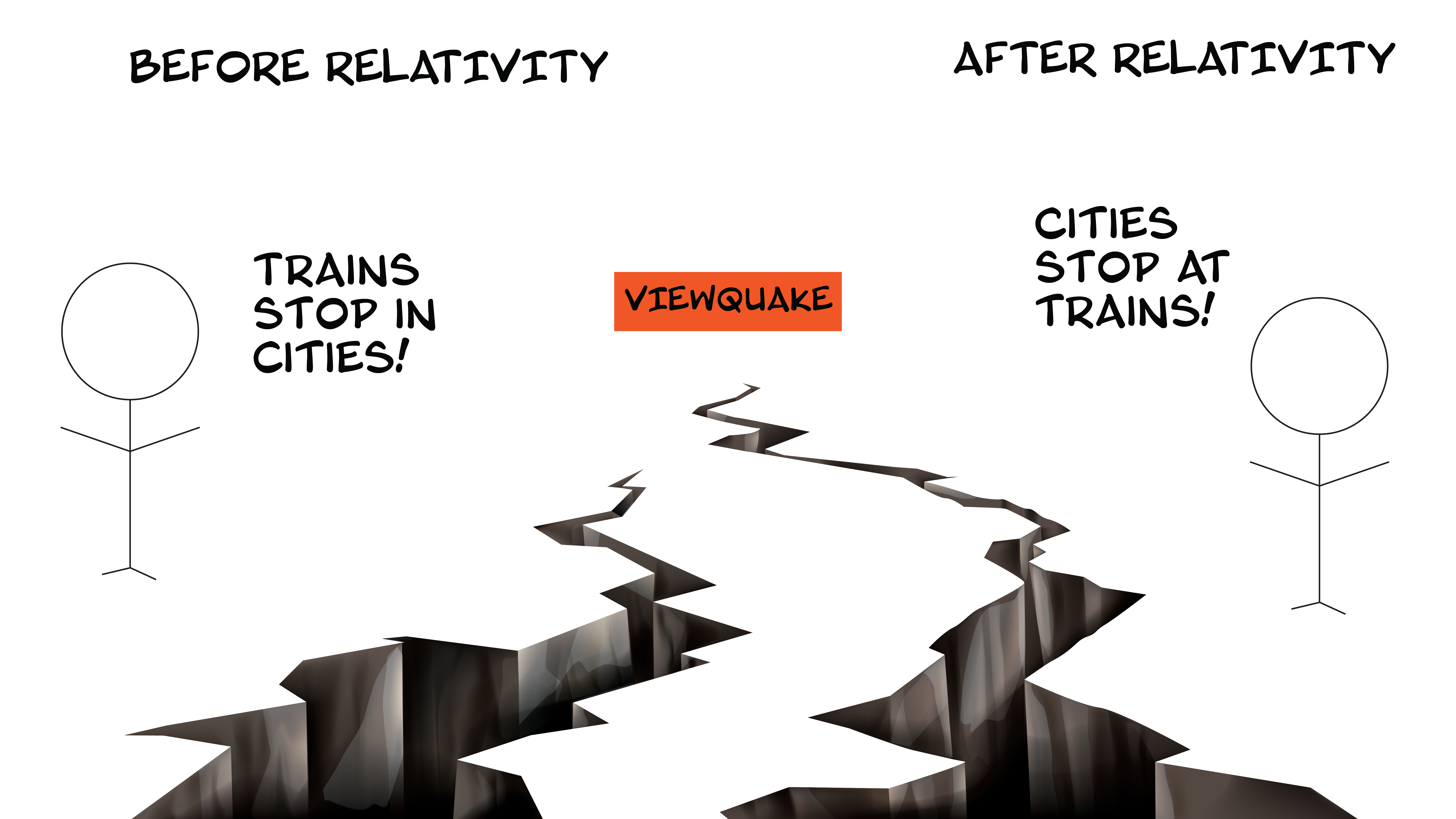 I heard about this term for the first time on his appearance on the Lex Fridman Podcast. After about four hours of trying to comprehend grabby aliens, the hard steps of Earth, and AI revolutions, I finally came to a point in the interview where I wasn't completely lost. The idea of a "viewquake" was in itself, a viewquake for me.

Our knowledge is defined by our language. The more words you have to describe concepts and theories, the more tangible they become. This is why many creators have certain terms they've essentially created a monopoly on:

It allows readers to segment their business-thesis into a neat box and package it in a way that's comprehensible to others. A long thesis about how habits form turns into one digestible phrase: atomic habits. This makes it easier to learn, easier to implement, and easier to remember. Language expansion is a key factor in knowledge expansion.

This explains why learning the term "viewquake" was a viewquake itself. I was able to expand the theories I've learned recently that have changed how I look at the world into a neat box. This lets me re-package the ideas in a much easier way. That repackaging leads to more natural conversations because the complicated language needed to describe the earth-shattering realities of relativity were no longer needed. Instead of fumbling my way through space-time conversations with someone about Einstein's theories, I could instead use a certain term that explains why I loved the book (and Einstein's ideas) so much: It gave me more viewquakes per word than any book I've read so far.

Another example of a viewquake mentioned by Hanson in the interview has to do with politics. He said a political viewquake is when one understands that most politicians aren't trying to actually make their city or state a better place. Instead, they're just being loyal to their allies (read: political parties).